Just added to your cart

curious to know if Soundbites helps? read the testimonials

get your soundbites subscription

Save the hearing you have and get a monthly subscription to Soundbites. 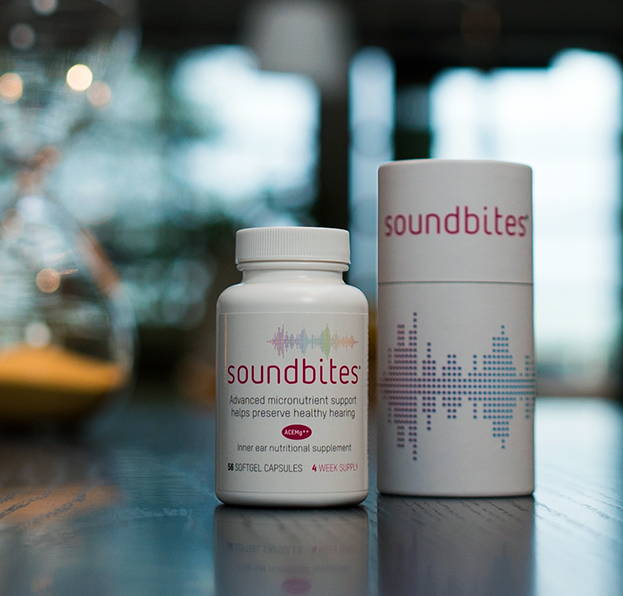 Developed at the University of Michigan Medical School

Save on shipping costs by selecting the international bundle.

Our solution for children with GJB2 mutations or with cCMV.

Soundbites replenishes essential nutrients to help protect the health of your ears. Taken daily as part of your regular healthcare routine, Soundbites provides continuous support to help keep inner ear cells strong and healthy, much like using toothpaste to prevent cavities. This is especially important if you are persistently exposed to noise in your work environment, if you live with urban noise, if you use earbuds or headphones in loud environments, or if you are simply concerned about keeping the hearing you have, regardless of your age.

If you choose to take Soundbites infrequently, we suggest taking before you are exposed to loud noise in environments such as entertainment venues, live sports venues, during airline travel, or when working with loud power tools or sporting equipment. If you forget to take Soundbites in advance, take Soundbites as soon as possible after exposure, and continue for at least three days to help your hearing cells recover.

Contact your physician immediately if you experience sudden hearing loss.

Reduced inner ear blood flow significantly increases metabolic instability because cellular metabolism depends on the adequate supply of oxygen and nutrients as well as the efficient elimination of waste products.

Reduced blood flow caused by noise exposure is followed by a rebound – an ‘overshoot’ – after the noise stops. The overshoot induces the formation of more free radicals, adding to those formed during noise exposure. The supplemental magnesium reduces noise-induced vasoconstriction and reperfusion, which attenuates noise-induced hearing loss.

A neuroscientist colleague summed up this significant scientific achievement by saying Soundbites helps inner ear cells stay strong and healthy and live longer. He said it’s reasonable to think about Soundbites as a new standard of care, an anti-aging nutritional supplement that helps keep the hearing you have, regardless of your age. 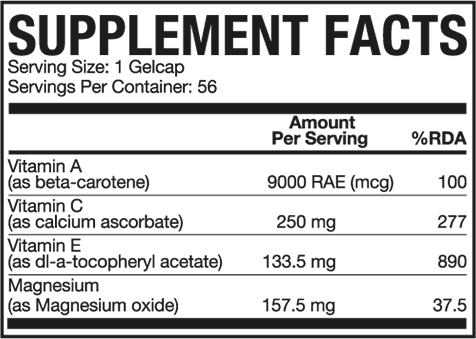 These statements have not been evaluated by the FDA. Soundbites is not intended to diagnose, cure, treat or prevent any disease. However, hearing loss is a metabolic stress disorder, not a disease. Tinnitus and hyperacusis are neurological disorders, not diseases.